As the awareness of light becomes stronger, human personality becomes less important, and more of an exterior shell. If you can adjust your personality and preferences to match the light within, you will be whole, and the new light will not be blocked in any of its aspects or vectors.

The depth and color content of the light now flowing into this world is more extravagant than ever before.  This light will enter the world if it can be held in appropriate vessels, vessels that will not break.  Keep expanding and keep healing yourself, so as to be able to hold the light.

Sometimes events, like young children murdered in school, are overwhelming. How can I put violence into the context of the principles of spirit and light? 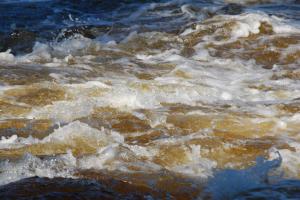 Do not dwell on events you read about or hear about.  Your initial response is the part for you, where your spirit learning sits.  Process it and move on.  The rush of new light now makes it impossible to backtrack.  The school tragedy is in the past for you. Today is Sabbath and the seventh day of Chanukah.

The life-film you see is like one thousand reels, broadcasting at once, in real time, from all over the world–all these feeds funnel into your consciousness. Images and images, from around the world, are rushing by, in poly-simulcast.  The light in the images becomes more stable as it passes through human vessels.

Do not stop the flow to see, to separate any of the images or their sources;  accept the flow and release your mind from wanting to know.  There is no human mind or computer which could process this much information at once.

Holding the collective sub-conscious means processing it as it flows by, unimpeded.

Either the soul loves to be here or its container will vanish.

You cannot prevent the decimation you see, you will not know if it occurred in the past or will unfold in the future. The reels of images are concomitant, in that they have a current, coincidentally simultaneous, need to pass through your vessel.

How do I know that what I communicate is correct?

We communicate, using sound — experienced as talking — through many people.  Obviously, people pass the knowledge through their own screens, screens filled with excesses of mind and personality.

Through you, we communicate with images and light.  A forging process has begun, and it will be repetitive, each time giving additional strength and fortitude.  We try to establish the most accurate transmissions we can.

After all this time, there is no time.  After all your work, there is no work to do.  You will feel  dizzy and disoriented, as top becomes bottom and down becomes up. You are being whooshed into the fulcrum of the change, and you cannot stop it now.  Whatever has not been vibrated and healed will be painful and heavy as you now accelerate through this process.  Spirit will prevail.  Souls are turning on now.  A renewed light landscape is visible.

The base of your feet stands in the old while your head is ensconced in the new.  You are coming home.  You are almost in an avalanche of spirit, and cannot control it, as long as you choose light.

Things that were differentiated are joining together again and forming a whole.  Your dizziness comes from an unaccustomed and abundant wholeness.  Rabbis, mystics and seers occasionally saw these moments in flash snapshots.  Windows into this era have been opened to allow glimpses and to encourage people along the way.

Earth’s unfoldings could become darker and more remote and fragmented, but here is the truth of this fulcrum moment: if they continue toward fragmentation, transformation will be impossible. It is nearly impossible to return to wholeness.  This is as broken as your world can be and still be resuscitated.

Pieces have to start to come together again, or they never will.  There is a steel door, it opens onto infinity.  Beyond the door, you do not need to build or struggle, you need to enjoy.  There is no suffering here, the concept of suffering does not have receptors here.

The real Judaism can now be revealed for the first time.  What you have seen and understood so far are the margins–it is true, people made a life of the margins, and it seemed like the center and all there is, but, in fact, Judaism is vastly more dimensional.

How do you see Judaism?

Judaism is the glory of the letter numbers forged by earth as they spiral at the speed of light.  Judaism is a quality of light reflected when nothing is out of alignment to subvert direct creation.

Send each Hebrew letter to its place in your body; sound is necessary to accompany the placements, to release the old and welcome the new, all at once.

The process is like a flexible rubber funnel being turned inside out, so that the surface that used to be inside is now out, and vice versa. 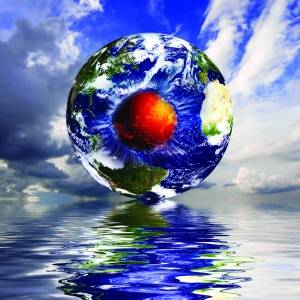 Spiritual character is now on the outside and becomes the you that is seen and responded to.  Physical characteristics will become a more invisible structure, an underlayment, which is what they were always meant to be.

This was the original design, but the spiritual had to become more accustomed to physical energies first, so we designed an inside out relationship, to vulcanize it.  Originally, when spirit light was face to face with physical forms, it shattered.  So we organized physicality in sequentially translucent to opaque protective layers — this is the onion skin of enclothments.

How did this process manifest in other eras?

The cohen gadol channeled very high animal energy, which was the need at the time.  The animal sacrifices were part of bringing down the spiritual side of this animal spirit and rectifying it. Generations occur in a series and each series has a different assignment.

Rebuilding the temple has nothing to do with this moment. Yet Israel is still at the heart of creation.  The heart has different chambers, but it functions as one.

We are bridging to the new.  We stretch white sinews of formed light to make the bridge, light formed through humans choosing light, and aligning with deep truths rather than  creation’s protective shells.

What is correct about the concept of Messiah in Judaism?

The concept is generally accurate in that there will come a time when more will be revealed.

Were the people who wrote so specifically about this time correct?

We cannot discuss other people and their purposes.  We are communicating to you about your purpose.  When we say a phrase, it unlocks potential.  These words have the power to change reality.

When you meditate on Hebrew letters, and make their sounds, you are touching the deepset root of creation and reiterating it.  Creation is constant combustion at the speed of light.

Everyone who is needed now is alive now.  Their histories are inside out and offer support.   It is in this sense that the light of past lives is relevant.