Notice the stubbornness embedded in your cells. At these rigid points, the infinity of being cannot enter. Stubbornness is closed, faithless.

Humanity is in a face-off between an old and emerging paradigm. To progress with purpose, relinquish every stance, everything you are sure of, every surety that helped you arrive here. Relinquishing stubbornnes is the essence of return.

Identities, opinions and passions  –  abandon this content, and carry onward only the vessels. Sustain your sensitivities and capacities, but let go of whatever they are holding.   Lace yourself to a simple faith in infinity.

To enter this new year, it is through the left side.  You have always come in through the front. Move to the left side now –  it will not be familiar. The system has rotated, and that is why breaking from old positions or beliefs is a prerequisite to entry.  People who have faith, and an ability to release what they knew, can enter.

The first steps inside, from the left, will be disorienting and frightening. Stand and wait until you can process the strangeness enough to balance, then step again. The codes stabilize the fire, though everything is scrambled. This is an embryonic being – inchoate fires, ready to be formed. This is the new laboratory of formations.

Where is the Chariot and its driver?

These elements are mostly blended into humanity now – they have descended and integrated. Some aspects flew away above, to return to their origins, too fiery and pure for the human world.  There was a split, about 30 days ago. Most of the chariot joined you, and some qualities feathered back to their origin and source. 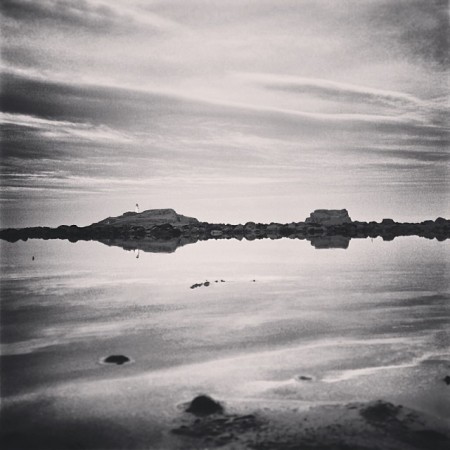 What is our purpose now?

It is to serve the light, with clarity and unswerving dedication. It is to carry the voice of creation in your bones.  Your purpose is to hear the sounds of angels and say what you hear so others can hear this too.  Your purpose is to be a stable pillar of light and at the same time, to flexibly follow the light wherever it leads.

Allow the Hebrew letters that are composing you to shuffle and adjust, so that the first steps are more harmonious.

Are we leaving Judaism?  Prove that this new formation is aligned with the inner rectitudes of light.

What you are entering will not be as different as it feels when looking in on it.  Your vertigo will melt. You have done this before, been part of an initiation, of a new perspective or orientation.

First, you will walk one by one, up seven steps. Stand still on each step, and on each you will say what we tell you to and wait, for instructions to move to the next step.  Yes, you just felt it, and when you do, you bring us life, light we cannot reach on our own.

We are not more powerful than you. Do not feel small. Your choice and capacity is what brings spirit and light concepts to life and expands them.

Stay on the first stone step.  The birds of crown, names circle.  We must also tell you that at some point you will not be able to think, in this process today – and then you will be restored,  but it will require full surrender on every level.

Can I take something with me to remind me where I belong?

Yes, you can take a small bell.

We are building your resilience and structure so you can withstand the energy and the power of the void inside.

Align with the cloud idea, partner with the process.

The fourth step is the north-south-east-west heart.

The fifth is celestial bodies welcoming you.  The sixth is the lowest point in human creation, the most remote and black, needing uplift. And the seventh is mediated criss-crossed walked and lived resolution. And that is the history of these lifetimes.

The next step is to the threshold of the new.

And the angel emerges – on the threshold. Wash your feet. Heal your feet first. Light the letters that are on the bottoms of your feet.

Introduce yourself this way:

I am a messenger and I carry the frequencies touched and integrated.

I see the front door is closed  – that stone door.

Put a letter Hey in your solar plexus, to sustain your self during the first steps. It will temper you. Then you will become acclimated.

And put an Aleph in your knees and Vav in the back of the knees. And a Bet at the ankles, and Lamed on the bottom of your feet. The wings spread.

What will the intention be when I take the first step?

Hold the letter Hey, the burning illuminated Hey, in your heart bone, and you will be sustained.

Am I ready to step inside?

You are already inside. Quell the panic. Good, now walk to the left. Step stop, step stop.

As I walk, Hebrew letters, golden vibrating Hebrew letters, join the Hey in my heart bone. I am receiving. I have taken six steps. I sense the seventh requires something else. What is it? I stop.

Place the Hebrew letter Aleph in the foundation.  The wings extend again, now in a different tone,  the Hey is lit and the Aleph sustains.  A coat of colored letters spreads, draped and alive. Step stop, step stop.

You will walk around this perimeter seven times today.

The Hey in my heart bone has become a six-sided cube of Heys. Sentences start to establish this place, a palace.

The ends and the beginning are fused here, and the shofar calls you from what is old to the new.  The shofar is a call to what has passed into the new, to keep going, and the shofar reminds what is still coming up and over the bridge to continue.

The transition into new holiness, composed of light ten times more radiant begins now. It will start at ten times more, and over its course it will expand further. More intensity now would break the system at this meeting point.

What will be different?

Instead of the relationship between humans and god, and human and human, both of which are essentially the same, you will now turn to an inner core relationship  – between your light and your light.

The alchemy of this inner meeting will be creative, and remorse and choice will become obsolete.

Seventy years ago you participated in the laying out of these maps we’ve followed and there will now be a period when there are no partner maps, as you become accustomed to this new spirit home, and its principles.

Whose is this voice?

It is what was called the god of the forefathers. You who hear this now are the bearers of light.  We need you. We cannot sustain it.  You hold light that is greater than our capacity. And you send it to us in the right time.

All of that light, that intensity and purpose will be settling now, becoming a layer lived and completed. Some will choose to settle down and become the ground for the next light.  And for you, those who carry light forward, there will at first be an overwhelming sense of alienation, like the one you feel now, as you shine golden light into whiter light.

The alchemy of the white and the gold, of Judaism and its inheritance, will burst into new being. Each time they meet, a new light is created – just as this meeting, now, is an act of creation itself.

The higher self will inhabit the Hebrew letter huts or homes you have established in your being today –  the Shin in your hands, the Hey in your chest, the foundation, the knees, the shoulder Yud, the feet- all of these places are now glowing light factories. A new holiness begins to trickle inside human beings.

What happened to the Chariot?

It is different, but do not feel you have lost anything. Trust your spirit. It leads into the new without fear and without fail.

Snow is falling, the snow of new letters, of light to be uncovered, in points. The course is being set.  Finally now, we can free the deepest water springs. Water that has been trapped will return, to join with source.

The springs bubble and rest in turns.

After today, what is here will be on its own – and it is important to see, to see fully see what is around you.  This will be a dense and thick period for many, and the light that sits in each thing will burn this thickness, to emerge.

Doves fly up out of the pillar of light and melt into their source.

Root the new, hold it as it is initiated further. Ruby red and emerald green, azure and amber – these colors, in letters, are infused with concepts heretofore unimagined.

It is time to leave this sacred place, to go back out.