The greatest impediment to spirit harmony is the human tendency to copy, to imitate, to instill sameness amongst systems that are in essence unique. True spirit harmony exists when distinctions are accurate. 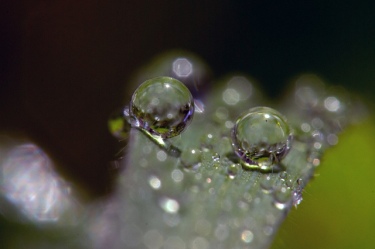 Souls cannot see themselves. Souls live amongst others to provide mirrors for one another, but not to become like one another.

The soul system is at heart a system of mirrors designed to promote self-knowledge. There is no redundancy in the system.  Absolute harmony is achieved when a human functions as a unique vibrational system.

Whether purpose unfolds now or in some other lifetime-universe, it will still unfurl–energy must evolve and there is no stopping it.

What happened to the soul of David, the former King of Israel?

Many of the nodes and vectors of David’s soul have been transmuted to light.  Through generations of human incarnation and evolution, parts have been rectified and are no longer on the earth plane. These aspects glow with wholeness.

There are also parts of David’s soul in people alive now.  If you carry one, understand that it has your name on it temporarily; that identity is fleeting.  It is called David’s soul because you know it by that name, but it is actually an evolving soul being developed collaboratively.

The Messiah concept was polluted to refer to a person; there is no such person.  There is an opportunity to connect to and transform consciousness by using the new spiritual vocabulary and range brought here.  The Messiah is a paradigm shift, made possible by those who see it first, and then bring in the new. New energy configurations are downloading and flowing constantly now. Details are adding branches to the trunks in place.

What does Judaism need now to become current?

Listen carefully to these instructions.

You must not mix water from different wells.  They do not belong together; one will certainly contaminate the other, though neither one, on its own is contaminated.

What that means is that you must respect the walls around systems; do not mix them.  There will be those who try to re-invigorate one with the wisdom of another, but this will pollute both.

When you feel blank in the presence of wisdom that resonates deeply with other souls, it is because the roots, while true, do not match yours.

To help us gain traction, use our names.  We are the collective beings of the Michael Angel who came and come and will come to earth.  List them all, Michael, Michael’s Executing Angels, and Multitudes of Intermediaries.  We use a number of vessels to reach the earth. In this instance, we are broadcasting through the vessel of Eliha.

Eventually, the fragile base for long-held beliefs disconnected from essential roots will crumble. The Shield of David is around those who see through to truth.  David, King David, held the horizontal line between what would be and what was.  He maintained that line, within which lay the possibility for an expanded future despite the limited present–he held hope and faith and in so doing, sent both hope and faith forward through all generations. He did not waver.

Judaism in not meant to be a religion, where there is adherence to rules without a simultaneous and vibrant connection to the  transformative rushing influx of new knowledge.  Yes, there are practices to follow, things to do and not to do, to enhance that ever-flowing experience of the Divine, the only point of which is:

An approach called Judaism was transmitted to support single-minded commitment to the infinite source of truth.  Judaism guides humans to act within certain bounds, so as to be in the target range of a specific frequency of downcoming energy.

Judaism is designed to streamline downloads of the Divine to vessels structured to receive them.

In many lives, practice of Judaism now has de-evolved, is closed, encumbered, and eating itself alive.

Is it possible for souls that have known Judaism to forget it or to lose the connection?  Is de-evolution of souls possible?

So much energy has been dedicated to remembering, to carrying the Torah emanation to the future.  The Torah is present. It was carried by many, many human vessels, and with each interaction, the Torah is strengthened, and brought to more physical planes. When the Torah was first communicated, it was wispy. It came through faintly.  But through ages of study and practice, but especially a kind of study where the text literally hits the soul of the student and becomes part of that soul–the Torah knowledge has become rooted, which was the point. Reciting the Torah does not necessarily root the knowledge, yet it is an important practice.

Paradoxically, practice of Judaism has also created idols, that is, closed systems, systems cut off from source. In many instances today, Judaism’s god-concept is flat.  It originates in a set of humans or in a cultural past — these concepts are idols. Avoid these idols; they are confabulations. Seek out a god-concept that is in evolutionary line with the original god revealed to the ancient meditators. The god-concept we are revealing here is in that line.

Are the Ten Commandments still the guiding principles?

There will be new “commandments” for a new era, and these have not yet been determined, but the concepts are:

1.  I am the one source of light that shines upon this earth and there is no other.  The light divides as it becomes manifest.

2.  There is only one goal for humans:  to live in steady, constant harmony with this source of life.

3.  To stay in harmony, humans must constantly choose this harmony, and commit awareness to it.

4.  To avoid disconnection, humans should behave in harmony with awareness; place trust and faith in awareness, but not knowing. To know firmly is to be disconnected completely.

5.  Moment to moment, humans actively choose whether to live in harmony with the inner structure of light.  When a human does not choose light, subsidiary material is created which thickens the atmosphere and blocks transmission of the source of light.

6.  The reward is more light, the punishment is being more cut off from it.