Many illusions will soon crumble and shed, and only what is real will remain; see what is true.  Already, now, it is possible to see through the everyday into the essence points. As the false faces disintegrate, what will be shown, raw, is the true status of human-spirit life.

Your instinct will be to try to reverse the crumbling.  Do not intercede, to delay or stop the collapse of false faces. Instead, look forward, and cleave, tightly, to the concept of “new”, as unfamiliar and foreign as it is. Receive the advance codes program, which enables you to turn and tune to new frequencies. The core codes received now will provide the blueprint for unfolding over generations, so receive it all.  Do not leave anything out.

Now, then, establish the groundwork for the new, so it can emerge more broadly over time. This process of receiving the advance creation codes started a few days ago, and will be complete on Rosh Hashana, the first day.

What draws systems unfamiliar with one another together, to communicate?

Light encountering humans is like a passing breeze and occurs on the line between nothing and nothingness.  The light, seemingly constant, is actually driven to purpose, and the meeting occurs on the line between nothing (the potential of the created world) and nothingness (the formless, uncreated realm). Building into nothing, which is a distinctly human spiritual endeavor, crackles love through the entire universe.

The grace and sweep of human spiritual history will be compacted and catalogued, to make space for the new. The everyday is now undersea, and the spiritual essence of Shabbat is available constantly, during all of every day.

Main souls: walk with light to receive the new. Step and breathe with trust, and trust more – the scars are healing. Agree to receive all the Hebrew letters coursing through, and remain in the middle, between the stand of trees to the left and and the stand of trees to the right. The trees are the guideposts. Do not look back. Stay the course in the middle line, of love, and hold your inner balance. We have never been here. There are no downloads or texts to describe this process, but texts do prepare one for it.

Go on now, walk on, in the middle, forging new ground. Do not look back.

Well-known spiritual leaders have successfully balanced the influx from above with the vessels below.

Yet, from our perspective, our greatest prize is the mismatched time, when the download velocity from above exceeds the many throated ability of receivers to receive. When the flow exceeds capacity, compacted and compressed new codes hurtle forth into the world, where the vessels there to receive them are made of just faith. These vessels are invisible and faint – made, as they are, of only the desire of the receivers. And the desire is enough to start a new creation. And, it is good. It is good.

Unpacking the downloads will come later. But now, at the new year, when the tumbling is at greatest velocity, receive it. This year, this time, what is falling forth is different from former, trembling emanations.

The rules of creation changed, the underlying rules changed, and now, as the course was completed and started, the attraction is for new forms, new magnetism.

What exactly is new?

What is exactly new, exactly new, is that your forebears are no longer your leaders. There are no former or current leaders who set a precedent for this time. Flip to the other side, where the narrative is from the perspective of the light itself, without human intervention, without even Abraham.

Mouths open, mouths widen, and utter the sound of light, and this now is creation, to give the light a breathing vowel sound that matches it.  And the creation impulse is thus brought inside the concentric skins of human existence. Through relationship, like breathing with intention, light is then further introduced into successive layers.

Behold. Now. Breathe in and out, as you celebrate the foregoing and the oncoming.

“Who will live and who will die” as the Rosh Hashana New Year refrain is irrelevant now that the eternal can reside within humans.  In each main soul sits worlds of experience, experience that represents a great pluralism.

Describe the process of bridge-crossing to the new.

The bridge is set for the walkers, for the soul walkers, who will become new. Some humans will set back, to become more like animals are to humans now, a less spiritual living being. The animal frame or mentality will remain to hold what it can, but new light needs expanded vessels, and utterances.

Trust the process and do not be proactive, as it can cause great damage.

What is an example of the possible damage?

For example, in his lifetime, the Vilna Gaon used codes to set or suspend constitutive Hebrew words in space and time – he used words, and magic, to insure continuity of the Jewish people.

The Vilna Gaon suspended the word “shema” above the structure of human life. Creation continued to develop around and through this structure. He lacked a full understanding of the role of man within creation. On the other hand, Moses created pass-throughs, routes to use to reach the light, which remain intact and eternal.

Say this: “I agree to receive, and I will not alter the course of the unfolding, no matter what I see.”

Say more about how to encounter the light accurately.

It is impossible to “know” the knowledge flowing through.  Like most receivers, you understand everything and know very little, for your mind is surpassed in the process. Your mind is used to allow the flow, but not to be detained by it.

The flaw in the Vilna Gaon’s work is that it attempts to pre-configure reality, rather than trusting it to unfold as it does and has to.  Allow the flow. Trust the flow.

Breathe in the new, and at the same time, allow the spiritual umbilical cord to remain intact, as a remembrance, as a remembrance of the footsteps that brought you here. Faces are fathomed. and then created; they are scaffolds to light. Retain connection to all the steps in this process. 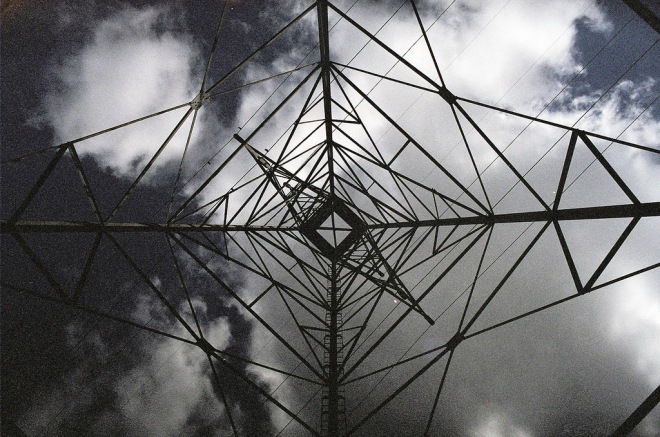 Also, another warning in answer to your question: do not confuse this access with power. You have access, but power resides in the inherent characteristics of the light itself.  Observe and allow but do not exercise power over the ways of the light.

In simple terms, the ability to lead as messiah, to be a spiritual usher, which is connected to this, requires:

Twelve humans can balance these three characteristics. It does not matter who they are; they may never be publicly acknowledged. We reported when there was one, now there are twelve, twelve holding creation’s flow of the new, in its motion, and over time, more may join them.

Remember the practice Moses used, to stand in the place and receive light; you can directly breathe-connect a line from then to now, not through human endeavor, but through the light itself.

There should be no fear of making a mistake, if one trusts the light.  Trust the light. It knows what to do and what it needs.  If you are afraid, stop, stop, and wait until your trust is greater, so that the vectors do not feel larger than you are.

In one sense, Israel is a perspective, a perspective that is in the core of creation. However, it is not singular – core concepts emerge from dust, too.